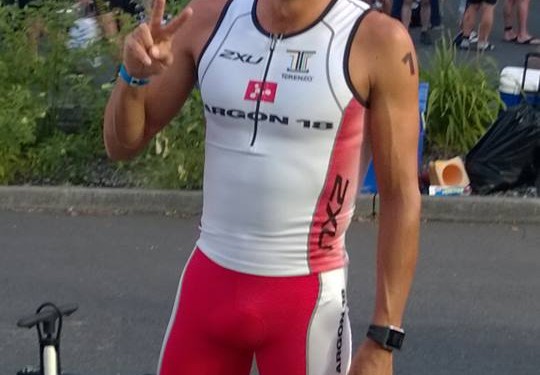 This weekend was the Ironman 70.3 World Championships up in Mont Tremblant, Canada and it was an amazing week. After arriving in Tremblant 4 days before the race it was a great opportunity to unwind, relax and check out the course. Although I won on the course here last year I still like to go over it to make sure it is fresh in my mind and I can know what to expect come race day. 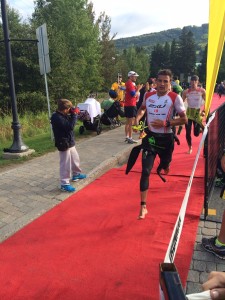 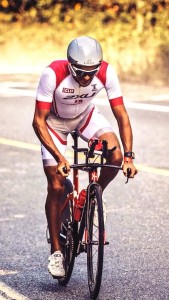 My body seemed in good knick and I was looking forward to seeing if I had gotten out of my slump from the middle of the year and how the fitness was progressing as we lead into the Ironman World Championships in Kona in just under 5 weeks. This was sure to be a tough test with the strongest field in the history of this event lining up to see who could hang on for the glory of World Champion.

My day went okay. I had a solid swim but had to play a bit of catch up at the start of the bike to bridge across to the leaders which included Javier Gomez (who just won the ITU world series), Jan Frodeno and Tim Don – who would go on to stand on the podium in that order. The pace on the bike was hot and with the hilly terrain of the last 20km there were a few of us being put in the hurt box by Joe Gambles. I was struggling a little at this stage and standing up pedaling with my knees out (visualizing chasing down my training buddy James Oram), this was a big mistake on my behalf and caused my adductors/ inner thighs to cramp in the early stages of the run.

Gomez and Frodo were running like the bike hadn’t even affected them and on the super hilly course, my legs were inch by inch getting away from me as I was doing everything in my power to prevent full champing. I was running in 4th position with Tim Reed until 14km and that was when all hell broke loose and I began my struggle back to the finish line. Unfortunately, in the last 7km, I dropped out of contention for 4th and into 9th place.

All in all, it was not a bad effort. I learnt a few things that will help positively affect my race on the Big Island in a few weeks. It was an awesome race and we all put it on the line.

Loved my new 2XU custom 1 piece race suit – hope you guys like it to. And my new Argon 18 E118 bike handled like the boss thanks to Dan – the SRAM mechanic who made sure everything was running tight.