So this weekend was the Ironman 70.3 Auckland Asia Pacific Championships, the first big race of the 2014 season and to kick things off everyone did a great job.  I was blown away with how stacked the professional field was. You won’t see another pro field with this many big names in it until the World Championships later in the year. The race was put on to an unbelievable standard thanks to the organization, the volunteers and Auckland city and not to mention the great crowds of spectators out there making the hard racing so much sweeter, and last but not least the weather Gods were good to us giving Auckland an absolutely amazing day to showcase the sport and the great city I call home.

With not being able to stand on the start line last year after being taken out by a car door 2 days before the race which resulted in a slow start to my 2013 season due to a concussion I was very grateful to be a part of the action this time around.

I took the bronze which I will be happy with as it is still early in the season for me and I am just getting back into some good training. I am really pleased with how my body responded so to finish on the podium in one of the most stacked fields outside of world champs is very satisfying. I had a great time racing in front of my home crowd on an absolutely stellar day here in Auckland. Right from the start of the race I was excited and loved every minute of the action. The pro field did a great job putting on an amazing show for those watching and whilst I tried unsuccessfully several times to split the group I loved this challenging Auckland course which took in some pretty cool sights. It is not every day that you are allowed to ride over the harbour bridge and the North section of the course went around the roads I used to train on as a beginner. Put all this with the huge crowds, the multi-lap course and an unbelievable backdrop and I was in my element. 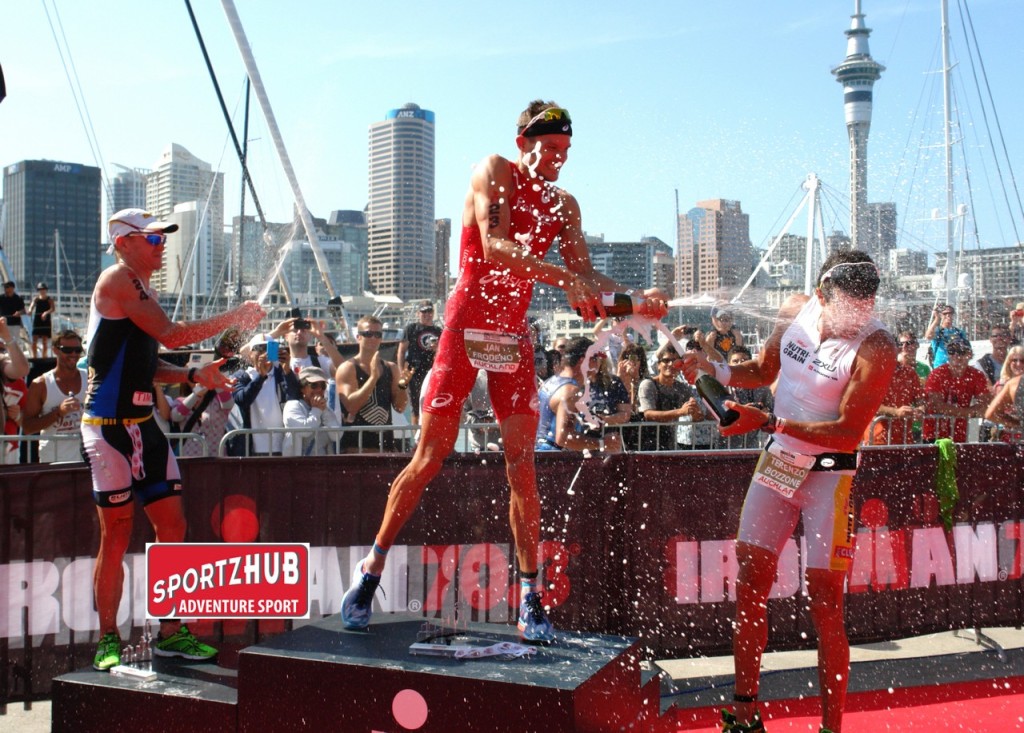 A week of recovery ahead before getting back into the serious miles in my build up for Nutri-Grain Ironman NZ on the 1st March.