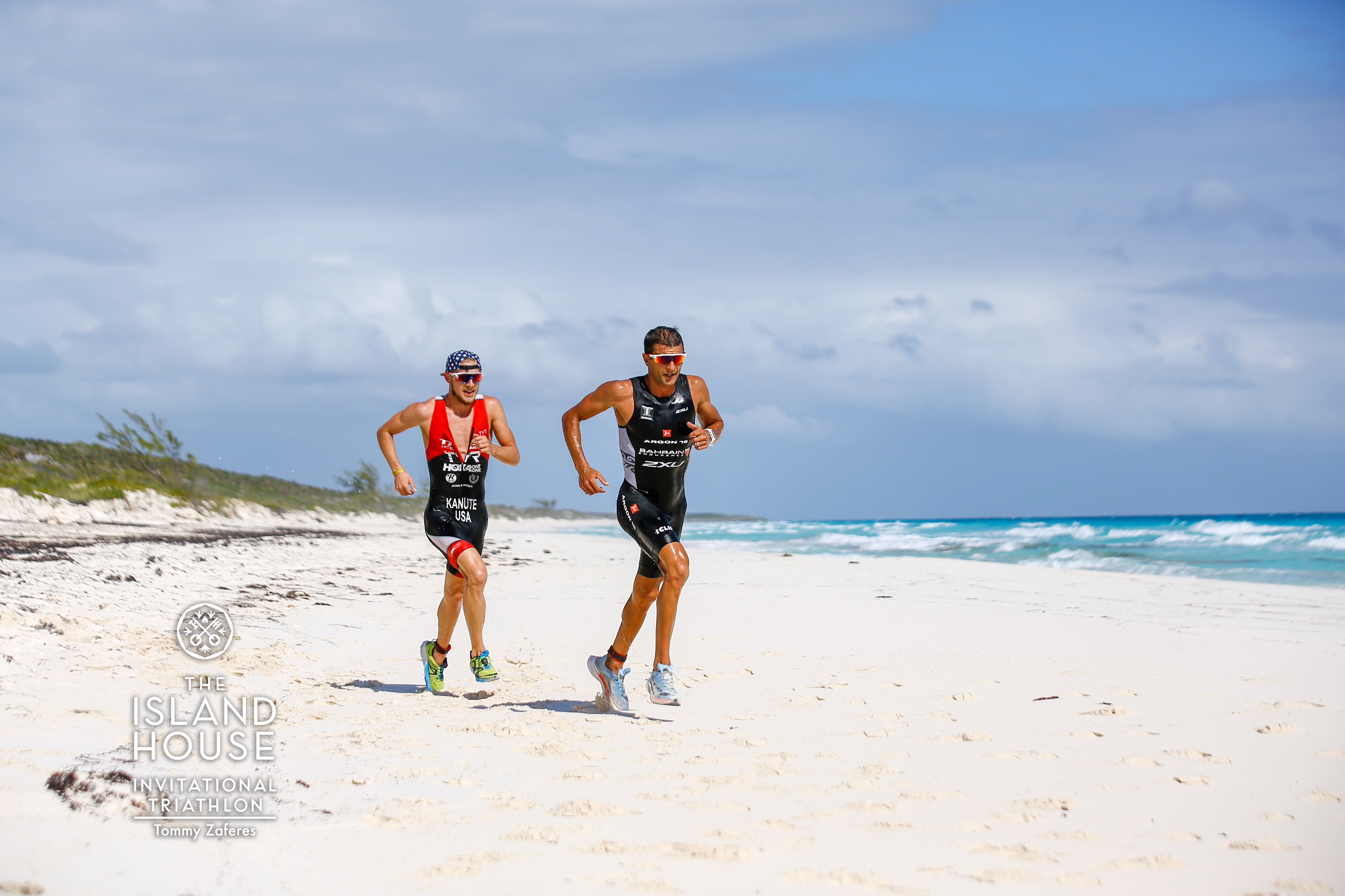 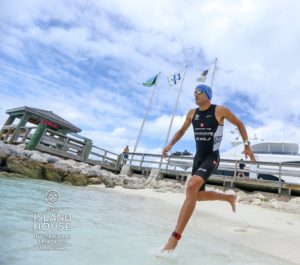 ‘Pain in Paradise’this year, lived up to its name here at the Island House Invitational Triathlon on Highbourne Cay, Bahamas. After what seemed like a whirlwind of a week after Los Cabos 70.3, I was coming into unchartered territories with the 3 stage (2 day) race format and some of the fastest ITU and non-drafting athletes in the world. My week was broken up with a short stop in St. Petersburg to hangout with my buddy Anthony “Sully” Sullivan, who was racing the CEO challenge. I knew this weekend was going to hurt. My goal for the weekend was to rev the motor as high as possible for as long as possible, lets face it – I probably only get to go this hard once a year and I was looking forward to it. 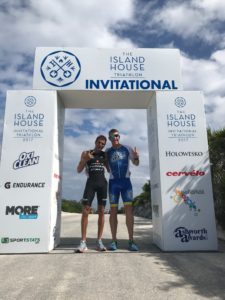 Okay, so I have just finished writing a blow-by-blow recap of the 3 stage race and have come back to put this in for those who just want a recap – check out the conclusion in the 2nd last paragraph and the video for a pretty exciting finish.
Its has been a long time since I was in a position physically and mentally and fighting for that number one spot on the podium in a Sprint Distance Triathlon. It brought back some great memories from my days racing on the ITU circuit.

Stage 1 was the Individual TT, 7km Bike, 2km run and 200m swim. I thought I had made the same mistake as last year by going a little too much into the red on this stage but thankful my recovery was a lot better this time around.  Good power on the bike, surpr 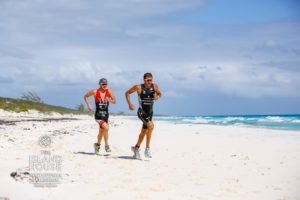 isingly solid run and a swim that was good enough, left me in 2nd place. 7 seconds back on Ben Kanute who is on fire this year and 4 seconds ahead of Olympic bronze medalist, Henry Schoeman. The rest of the 14 strongfield were all within a handful of seconds.

Stage 2 was the Enduro race – 2km Run, 375m Swim, 10km Bike, 2km Run, 375m swim, 10km bike and 1km run to finish things off. Yip, it took a while to get my head around the format too. Sure enough that 1st run was way too quick and after dropping back a lot of time in the 1stswim to get back under control I was finally in my sweet spot on the bike bridging back across to the leaders and making my way to the front of the group which Kanute was slowly but surely putting the hurt on. Onto the 2ndrun and a little of the zap had been taken out, so the run was slightly more controlled. I managed to stay more or less in contention on that 2nd swim and at the half way point on the 2nd bike I was on the front trying to drop what was left of the group and hang on for that last 1km run… I managed to split the group, but Kanute was right there and no way was he giving me an inch. We put in about 30seconds to the rest of the guys and still not giving me an inch, Kanute kicked for the line and put a few more seconds into me. 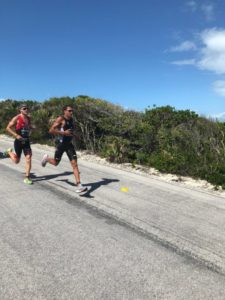 Starting stage 3, the pursuit style sprint distance race, where we started at our overall deficit behind the leader. I was 11seconds behind Kanute and 36seconds in front of Shoeman and Aaron Royal. Mmmm, this was going to be interesting, part of me, well a big part wanted to fight for the win, but the stats were against me. Another part thought it was going to be tough to hang on for 2nd and a small part, that I didn’t want to succumb to, thought if I felt like I did last year going into stage 3, then it wouldn’t be bad if I managed to hang on for a podium.

Things were not looking good when Schoeman and Royal made up the deficit at the halfway point on the swim and started to pull away from me. Arghhhh!!! I was giving everything and moving backwards way too quickly. The 20km, 3 lap bike was going to make or break my race, I caught up at the start of lap 2 and made the call to keep the pressure on, but these guys were riding much stronger than the last 2 stages and it took a lot of hard work to open the smallest of margins coming into the final transition……well worth it though! After Kanute had opened up his lead to close to a minute on me,I had closed the gap back down to around 20seconds, but still things were not on my side. He had run faster than me in both the previous 2 races, I just had to bike 40seconds quicker than him, which was sure to take its toll. Schoeman one of the fastest runners in the sport was only a few seconds behind me. Pain in paradise and my goal of suffering the best, kept me focused on the task at hand – getting through this run as best I could. There were some very technical parts which I was ready for, rock hopping, beach running and up and down a gravel road were all included on the tough course and I was pleasantly surprised when I was bridging the gap to the lead and holding even to 3rdplace. While I was prepared for the race and what it would throw at me, I was not prepared for the tactical part of it, which I haven’t had to deal with for some years now. I caught the lead at 3km and this is when the race started. I led back onto the beach, led up the stone steps and when we hit the final 800m the pace slowed a little with us both getting ready for the kick. This came a little earlier than I was expecting, but I went with it and immediately thought there was no way I could hang out. I switched off my brain and just went with it hoping my muscle memory from my youth and all those sprint finishes in my sub conscious, would take over. Kanute slowed and this was my chance, I thought I had him, rolled through the lastcorner, 50meters to go, in the lead and probably should have drifted wide a little more because in the final 20meters he had an extra gear and came past. 0.4 seconds behind after 3 stages of hard racing. 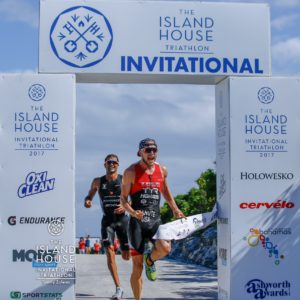 I love this stuff and while finishing half a second quicker would’ve been great, I was very happy with my performance and think this finish will go down as one of the more exciting ones in history.

Conclusion – 2nd place through stages 1 and 2 and starting the pursuit style sprint distance race 11 seconds down on Ben Kanute. His lead would open up on stage 3 and I would bring him back on the run which was surprising as he ran faster than me through the first 2 stages. The sprint for the line was close but he had an extra gear that I couldn’t match.

Check out these video’s  –
https://www.instagram.com/p/BbpNzMMDRdW/?taken-by=diaa10

Off to Bahrain for the Ironman 70.3 Middle East Championships, in just under a weeks time. I am going to try and defend my title from last year but Bahrain Endurance 13 team mate, Javier Gomez has extra incentive to take that number one spot fighting for the 1 million dollar bonus of the Nasser Bin Hamad Triple Crown. Daniella Ryf will also be racing for the same bonus.