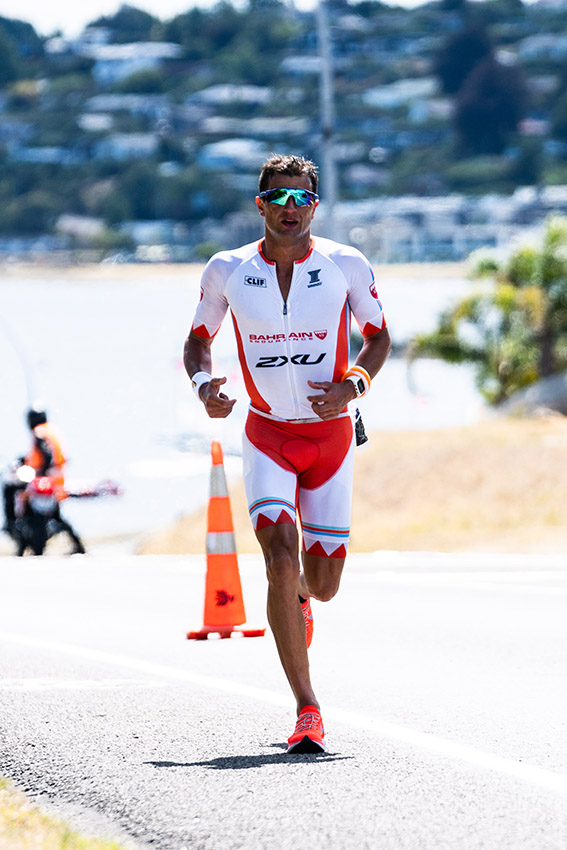 So, 2019 was not kicked off in the fashion that I would have liked or would have anticipated. Ironman New Zealand was this past weekend and everything through the build up had gone perfectly. I felt like I was in the shape of my life.

Starting my taper just over 10 days out, I was tired but I feel we timed things perfectly because in the final couple days before the race my legs felt good and I felt recharged and ready.

The forecast for the day was for not much wind but we soon realized the weatherman was lying when the chop picked up at 1kilometer into the swim.  I made a mistake of starting the swim thinking I was positioning myself next to Dylan McNiece (one of the fastest swimmers in the sport currently), I was actually on the opposite side of the swim start to Dylan and must’ve been on Mike Philips’ feet. So I spent a good amount of time wondering who the swimmer 1 minute up on us was… turns out it was Dylan and a solid bunch including myself, Currie, Reed, Philips, Boowstead, Burton and a few others were just over a minute behind coming into transition.

Onto the bike and the axe Andrew Starykowicz came past at about 20km, I was hoping this would happen a little later but I thought I should test the legs and try spread the group out a little. Soon Starky was up the road and the whole mens field found themselves in no mans land either riding by themselves or in groups of 2. Currie road up to me at 45km and we shared the load to the end of the first lap. At this point I tried to get away from him, which I did but was also probably a bit of a mistake. The effort at the time felt pretty easy and my legs and body felt good. I was riding well and felt in control.

At the far turn at 140km things went pear shaped very quickly and I went from feeling great and pushing good power to not being able to push many watts at all. I had been nursing a small hamstring strain from 2 weeks prior when I tripped in a pot hole doing a tempo run workout at one of the local parks which ended in me face planting quite embarrassingly. I missed a few of the final lead up runs but felt like I was going to be okay for the race.  During the bike I was compensating a little to keep the pressure off my hamstring which bit me in the but and then on the run I could feel the strain still present and wasn’t able to run anywhere near the level I knew I was capable of and that was necessary to be competitive.

I always get a huge amount of support racing in Taupo but being the defending champ this year it felt like the support was on a whole other level. I wanted nothing more than to be duking it out and putting on a show but It wasn’t meant to be my day and the hard but smart move was to pull the pin before doing more damage to the hamstring. I ran through 16km and that was me.

After all the hard work and putting it on the line the past couple months this was a real disappointment to finish my first race of the season like this, but I know things are on track for a great year and I am more motivated than ever to keep progressing through the season and be standing on the start line in Kona in October ready to “Bring it”
Mike Philips had a blinder out there to run into first with a run course record, Starky was very impressive to ride the way he did and hold on for a 2ndplace with a sub 3 marathon and Currie showed how tough he was to put it on the line all day and hang on for 3rd.