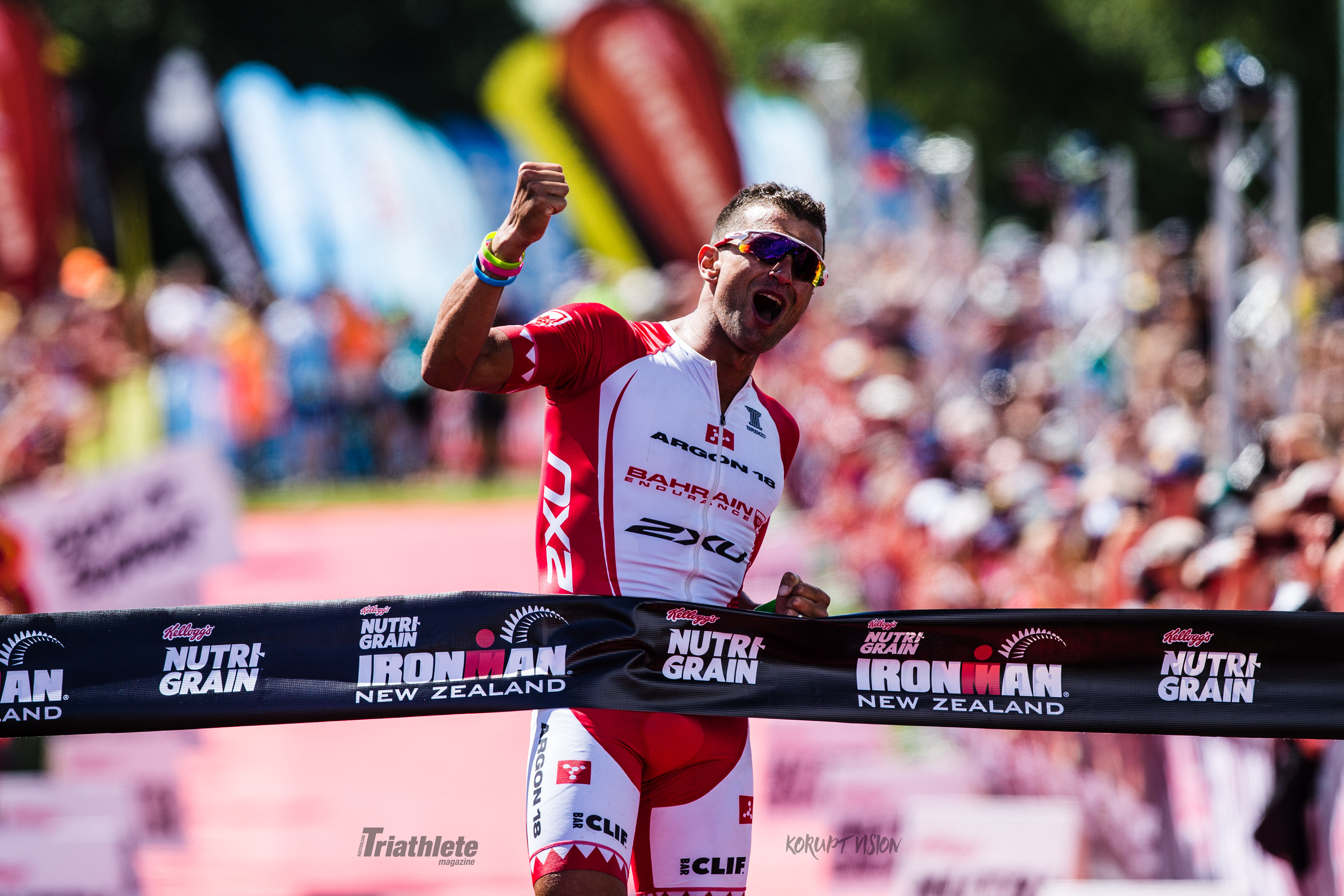 Ironman New Zealand – What a day.

My 10th time toeing the start line down here in Taupo and I was very excited for the race. I had clear objectives of what I wanted to achieve out there, but the main excitement came from my brother Dino tackling his first Ironman. All the pre race talk was about him and his race and my race preparation was secondary.

After a long 7-week off-season at the end of the 2017, I finally got back into training in the middle of January and with the short build up in to this race I wasn’t so sure what to expect out there. Tackling a race where I’ve had 10 years of experiences ‘not winning’ I had learned a lot and entered with a lot more patience.

The swim felt terrible, I couldn’t wait for it to be over. I was so near my limit that poor Guy Crawford’s feet are probably cut up from me swimming so close to him for the entire 3.8km trying not to fall off the pace. Onto the bike, slowly my body warmed up and my legs came to the party. We had the largest group ever in this race and soon all the big hitters had bridged across including Cam Brown and Joe Skipper who I was not so keen to start the marathon with.

By the start of lap 2 a small group of 4 had broken away and we were working well. With 40km to go it was just Skipper and myself at the front pushing to grow the gap on the chasers. In the final 1km my race almost took a turn for the worse when a car turned and cut me off. I must say I was pretty impressed with my bike handling to swerve, slow down enough and save my race and a bad accident. All that training on Auckland roads was paying off!!!

Heading out into the marathon my legs felt good… I tested to see where Joe Skipper’s legs were by running the first couple km’s pretty quick, My lead started to extent quickly, but with this being Ironman who knew what awaited me around the next corner. I absorbed all the energy I could from the crowds, the spectators, the volunteers and the other athletes on the course. Alternating water and SOS at one aide station and Water and a Clif Shot at the next helped keep the energy up and stay hydrated. Heading into lap 3 (the last 14km) of the run I was using the rabbits up the road on their first lap to keep my head in the game. The closest was Dino… with his prescribed race plan of running 5minutes per kilometer I was going to catch him in no time. I think he had more interest in holding me off as long as he could, as the closing of the gap took a lot longer than anticipated. It was an amazing feeling running along side him for a kilometer as he was killing it out there. I gave him a few pointers and he gave me a second wind to get home in a new course record of 7:59:57 . 5 minutes in front of skipper and another couple in front of race legend Cameron Brown. 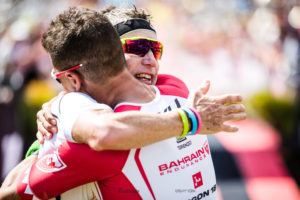 It felt so sweet to break the tape for the first time here at Ironman NZ and having Dino go 10hr23minutes was the icing on the cake. Hopefully he has caught the bug and we will see him at a few more races…

Off to Argentina later in the week for Bariloche 70.3 then up to Campeche 70.3 in Mexico before taking a few weeks down time.